Local historian David Rutstein will first provide the background of the attack in his talk “America Enters the Second World War: The Empire of Japan Attacks the United States at Pearl Harbor, Hawaii.” discussing why Japan decided it was absolutely necessary to start a war with America–especially since their chances of winning such a conflict was an illusion. He’ll then introduce a special guest: a woman who was 10 years old at the time living in Honolulu with her parents, who was an eyewitness to that day and the aftermath in Honolulu.

Items on display will include The Berkshire Eagle and New York Times and a few important Life magazines of the attack and aftermath. A large map of the Pacific war area in 1941 will be used as a guide.

The program is FREE and light refreshments will be served afterward.

This event is a featured part of the GBHS’ ongoing exhibit “The Greatest Generation” at the Museum at the Wheeler Farmstead. It’s open Saturdays and Sundays from10:00am to 2:00pm through December 31st. Closed on Sunday, December 25th, Christmas Day. 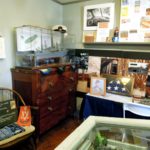 A corner of the exhibit filled with lots of items lent by Great Barrington families. 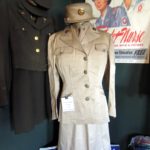 Remembering the women who served in World War II. 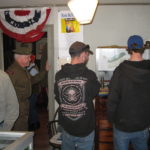 Lots of attendees at the Greatest Generation exhibit,