April 6th was the 100th anniversary of the United States entering the First World War. To commemorate this event, the Mason Library is featuring a display curated by local historian David Rutstein from his extensive World War I collection.

The exhibit includes items not only from America and its allies, but also from the Central Powers of Germany and Austria-Hungary. It features a rare 1919 Great Barrington booklet honoring those who served and died for the Cause with photos of a Town parade for the returning veterans of this war.

Also highlighted is a propeller from the American Air Service pilot Mordechai Levinson with his war record stenciled onto it, and a collection of pictorial newsmagazine Leslie’s Weekly covers depicting some of most incredible propaganda illustrations of any periodical during the war.

In addition, he organized World War I exhibits at the Berkshire Athenaeum in Pittsfield and at the Western Gateway Heritage State Park in North Adams. The exhibit at Mason Library will run through April and May. 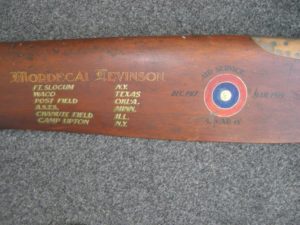 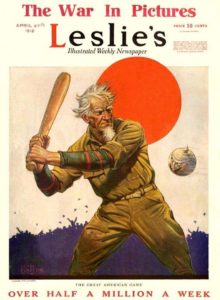