Did you know that the Great Barrington Airport was once an onion field? Well, it was! And you’ll learn lots of other interesting things about it at the GBHS program “The Onion Field” – GB Airport 1922, 1927, 1931 to the Present” with Jim Parrish on Wednesday June 21st at 7pm at the Teague Senior Center, 917 South Main Street (Route 7), Great Barrington.

The Rossi family farm onion field is where the first aircraft landing in Great Barrington touched down. That biplane was a 1918 J-1 Standard World War One trainer, flown by Guss Graff in 1922. By 1927, the Chadwick brothers of Hartford Connecticut flew a pair of Curtiss JN-4 Jennies, known as barnstormers.

1931 saw the incorporation of the Great Barrington Airport Association. The airport’s  first hanger was funded by the sale of stock, as well as by a pair of wealthy businessmen, Robert K. Wheeler of Wheeler & Taylor and Congressman Arthur Sommers, a summer resident .

Jim Parrish is a local historian and Ranger /Museum Technician for the U. S. National Park Service. He’s the son and nephew of two of the first four local pilots to fly from the Great Barrington Airport in 1931.

Jim will show photographs (via Power point) of the aircraft, airport, and aeronautical artifacts used by these early fliers. For more information, please call us at 413-591-8702 or email us at info@gbhistory.org. 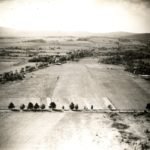 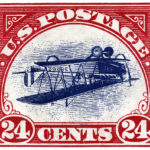