Everyone loves before and after photos, especially if the after is very different–and much better–than the before! Now the GB Historical Society has some amazing ones for you to enjoy.

First, let’s look at the Museum’s interior. The makeover to the existing bathroom included installing a new toilet, lav sink, and utility sink. The walls were re-plastered and painted, and a half bead board wall was installed to hide the new plumbing. A new floor was put in and new curtains added the finishing touch. 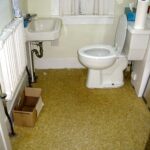 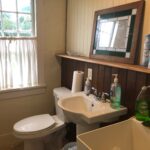 Thanks to the Town’s CPA grant, we were able to convert the former kitchen area into a handicap-accessible bathroom that meets ADA requirements. In the new bathroom, walls, ceiling, door, and plasterboard were installed along with new flooring. The walls and ceiling were then plastered and painted and ADA-approved fixtures were then installed. 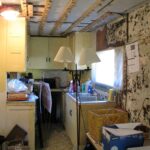 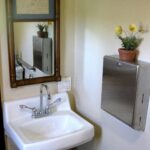 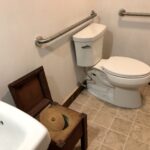 Because the new handicap-accessible bathroom was created in the old working kitchen area, new kitchen cabinets and sink were installed on the renovated east wall of the summer kitchen. The wall was taken down to the original 1700’s lath work and re-plastered and painted. 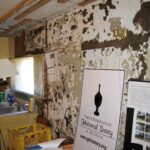 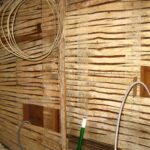 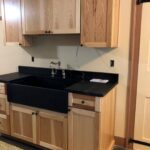 Cabinet with soapstone sink & counters after

The outside work began with the transformation of the entryway featuring a handicap-accessible ramp with beautiful easy-to-grip iron handrail and wooden deck for wheelchair access. 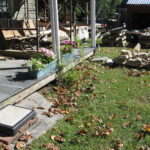 Porch and entry step before 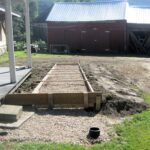 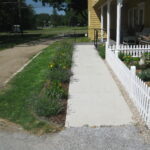 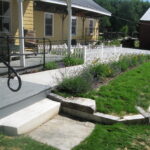 Then we installed our colonial kitchen garden next to the porch and extending to the handicap parking area. New England colonists built fenced-in, narrow, rectangular “doorstep” gardens just outside their homes. They used raised beds to warm up the soil faster in the short New England growing season.

Our garden was a labor of love and a wonderful addition to the Museum entrance. It was a gift from the Great Barrington Garden Club, and much of the labor for the white picket fence was donated by local contractor Brian Hyatt of Sheffield. 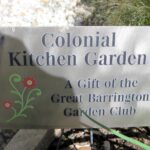 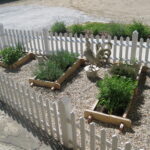 To finish the handicap walkway area and also to create an attractive entry into the Dutch Wagon House addition, our contractor Scott Morrison has been busy laying the stonework on both entryways. To honor the production days of the Sheffield Marble Quarry, he installed a marble stepping stone and retaining wall. He also created a wonderful stone walkway that will finally keep the dirt out of the Museum work area! 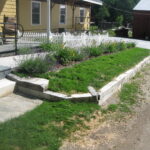 Grass & perennials along handicap walkway, after

And here’s the Dutch Wagon House way before and how it looks now: 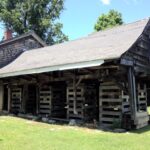 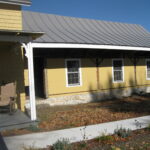 After painting the farmhouse last year, along with the many compliments we received, some others commented on how bad our 1700’s barn looked by comparison. Our archivist Gary Leveille (also a local author and historian) took up the challenge and volunteered to do something about it.

Since a major reconstruction of the barn was out of the question financially, Gary made extensive repairs to the big red barn’s siding (which was rotted and smashed in numerous places) to save the barn from further deterioration. He also made carpentry improvements inside the separate antiques barn, opening up a section of it for more display space. In addition, Gary also redesigned the Dollar Barn interior in the big barn and built new shelving for it.

GBHS board member Robert Tepper did carpentry work and built shelves in the antiques barn. Gary also cleaned out debris from the Dutch Wagon House adjoining the farmhouse, and he and Robert expanded the Book Nook (also in the big barn).

Local painter Derrick King has given the building a good coat of barn red, and Scott will be replacing the sliding barn door. 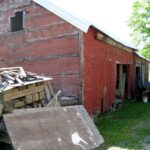 Red barn from north end, before 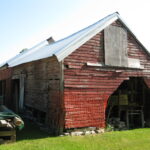 South end of red barn before 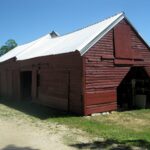